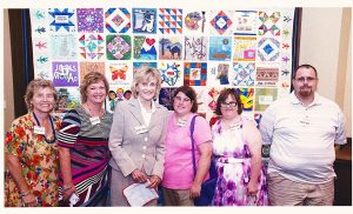 Photo thanks to David Hunsinger, Kennedy Center photographer
Arts for All was founded in 1989 as VSA* - Loudoun and established the the name Arts for All in 2011, while still doing business as VSA - Loudoun. Founded by Ambassador Jean Kennedy Smith in 1974, VSA International is a nonprofit organization created to bring together people with and without disabilities in an inclusive environment to learn about, participate in and enjoy the arts. In 2019, we established our working name as Arts for All, while continuing membership in VSA - International. 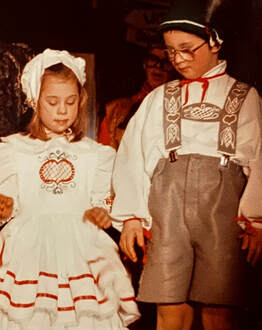 In 1991 Alice Power started Loudoun's successful Performing Arts program, and in the spring of that year, our first musical, The Wizard of Oz, was performed at Luckett’s Community Center. The next year, we moved to the Loudoun Valley Community Center for rehearsals and performances and remained there until our audiences outgrew the gymnasium!

We have performed at three International VSA Festivals: Brussels, Belgium in 1994, Los Angeles, California in 1999 and Washington, DC in 2004.

In September 2005, our Clowning Group performed at the Down Syndrome Buddy Walk in Fairfax County, Virginia.
Since 2017, we've provided fall theatre workshops that prepare participants for the spring musical's auditions and immerse them in the performing arts. Past Camp have included musical theatre dance, Japanese bowing techniques and Square Dancing, how-to classes on puppeteering and drumming, and acting basics like character readings and audition techniques. 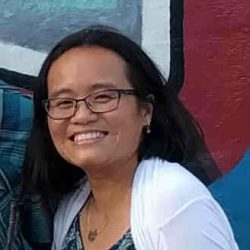 Current DaVinci Manager Huyen MacMichael
The DaVinci Art Studio was originally created to provide on-going visual arts studio sessions for adult participants to produce their own work at their own pace, while getting personalized instruction. The Open Studio has continuously been offered at area galleries, inspiring DaVinci artist’s by ever changing exhibits, exposing them to a variety of media, styles and techniques, and providing an opportunity to meet local artists. While the majority of Open Studio participants enjoy painting with acrylics, a variety of media are available. DaVinci artists have displayed and sold a number of original pieces locally, throughout Virginia, and in the international exhibit called “How does art shape your world?”

Founded in 2001 by Pam Oliver, the DaVinci Art Studio continues to expand to provide art opportunities for a growing audience, including the new and interactive ‘Art Group’ class. DaVinci has and will continue to offer classes and workshops in a variety of media, from fiber arts to ceramics, open to students of various ages.